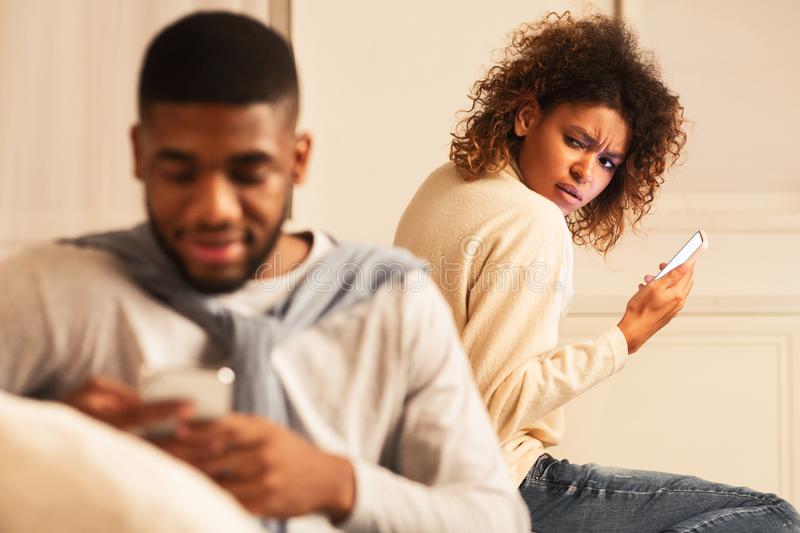 Does cheating revolve around sexual intimacy? A Myth. And that is just one of the myths about cheating that exist in our society. The idea of cheating is a complex and unfathomable one. As such, everyone is trying to deconstruct it and make some meaning out of it. As a result, many opinions on the same have been formed, most of which are not valid.

The specifics of infidelity are different in every situation. They will depend on a wide range of factors from personality, history, conflict, among others. The effects of cheating on individuals and the relationship as a whole are highly dependent on the beliefs that each has of the same. It is therefore essential to debunk the myths that surround it. This is why we are bringing you the most common misconceptions on cheating and the truth that lies behind them.

We will start here as this is likely to be one of the most prominent myths about cheating. For a long time now, cheating has been associated with men. On the other hand, women are believed to remain true to their men, even those who are not deserving of it.  This is, however, not true as infidelity in women has been seen to be on the rise. Even though a more significant percentage of cheaters are still men, it is not to mean that women are innocent in this.

A Cheater Will Always Remain a Cheater

Once a cheater, always a cheater, many will argue. Hence, once a person cheats, they may end up being labeled a cheater forever. However, just like people can reform from other bad habits like alcohol, a cheater can also change. It can also happen to have been a one-time mistake. Either way, you can think about giving them a second chance. If, however, they do actually remain a cheater, then you may want to reconsider the relationship.

Cheating is only Physical

When we think about cheating, one thing is likely to come to mind, sex. Therefore, one might assume that they are on the right as long as they do not cross the physical line. But what really counts as cheating? While there seems to be a general notation that infidelity only occurs where physical intimacy is involved, others might disagree.

Cheating can as well be in the form of emotional attachment. Tiny actions that appear insignificant such as suggestive texts, dancing, or harmless flirting, can also count as cheating to your partner. Micro-cheating is the term that is used for this.

Due to the varying opinions on what counts as cheating, it is necessary that you sit down as a couple and define cheating standards. Here, you can discuss what is acceptable for the relationship and what is not.

Cheating Only Happens in Unhappy Relationships

The statement “But they looked so happy!” is not uncommon when it comes to talks of cheating partners. This is because we expect there to be tell-tale signs before a relationship faces infidelity. Although this is true in some cases, a relationship does not have to appear rocky for either one of the partners to cheat.

Cheating is a Result of Falling Out of Love

It is not unusual for you to question someone’s love after finding out that they are cheating on you. This is likely because we tend to equate someone’s love to how much they remain faithful. However, this is not necessarily right, as acts of infidelity do not always happen to those who are not in love with their significant others.

At times, cheating can be a way to deal with other issues or desires and may not have anything to do with loving the other person. They may still be in love with their partners and want to preserve their relationship.

This is another misconception that we have all heard. Cheating is often blamed on the lack of sex in a relationship. The same is said for a sex life that is not “exciting” enough. This notion is not only false but is also detrimental to the other partner as they may end up blaming themselves for their partner’s infidelity.

Plenty of cheaters have come to confess that it is not just about sex. Cheating can also be a sign of emotional needs which are not being met. It can be the need to be wanted, loved, appreciated, or feeling connected to someone, among others.

However, there is no denying that sex life in a relationship is essential. Nonetheless, couples need not concentrate only on that. They should also be watchful of other areas of the relationship.

Cheaters Always do it on Purpose

“I did not mean for it to happen” is a typical self-defense mechanism that most cheaters use to explain their infidelity. As unlikely as it sounds, this may actually be true. Affairs are not always premeditated. A spouse may not have left the house with the thought of cheating on their significant other.

It may start as a harmless interaction that gradually grows into a close friendship without realization. Day by day, they continue getting carried away. An impulsive decision fueled by emotions may then cause things to get out of hand. At times, it can be a one-off mistake in the case of a one-night stand.

Although inexcusable, they may actually not have intended to cheat on their partners. They also end up being in shock at what they have done.

There are varied opinions on why people cheat, who and when they do it, how they do it, and the outcomes of the same. To be able to properly handle situations of infidelity, it is important for you to be able to separate what is true and what is not. It is, therefore, high time that you stop believing the above myths about cheating.

Infidelity Recovery Stages And How To Facilitate Healing

7 Ways To Track A Cheating Spouse